Body-worn cameras have brought a whole new perspective to evidence collection. It is now quick and easy for law enforcement to capture evidence on cameras as the incidents unfold unlike in the past where the officers need to note down what they see in detail.

Body-worn cameras allow the officer to gather all evidence he requires that would be analysed later on. The video evidence stored on the cameras must be protected at all costs to avoid being manipulated. The following are ways in which the evidence in body cameras can be protected:

Protecting the evidence on the body-worn cameras

Considering the value of the evidence collected on the body camera, not even the officer that recorded the evidence should be allowed to manipulate the data. As such, there is a need to use strongly encrypted devices that require administrator permission to open. Think of it this way, if the officers are allowed to access the evidence at will, what will stop them from deleting the parts that could land them into problems? So encrypting the cameras is very important.

An audit trail can help in analysing all the activities that the officer did on the camera including the timestamps for each recording when the camera was turned on/off, the files that were deleted, and so on. Such information can help in recovering the deleted or hidden pieces of evidence. The audit trail feature should be well secured to prevent officers from manipulating them.

It would be best if the body-worn cameras lack the deletion and editing features to prevent the officer from manipulating the data. The only thing that the officer should be allowed to do on the camera is to turn on, save the data, and turn off the camera. The remaining privileges should only be assigned to the administrators who are in charge of analysing the videos.

You cannot store all the evidence on the camera as it will fill up the memory space. So once the administrators have transferred the evidence to another device, the camera should be able to auto-delete the videos in a given period, let us say after one month. This also helps to protect data on the camera while availing space for new videos.

Another crucial feature of the body-worn camera is the ability to retain crucial footage. This can be achieved by placing a mark on the footage that the system understands and will not auto-delete when the time comes. This is important for the evidence that is required for a longer duration. Buy top of the range body worn video camera that have this feature.

There are a few things that need consideration when using body-worn cameras. The following are the main factors:

Storage costs – You realise that storing all the videos collected from the body cameras can be so expensive. You need to find the best storage plan that will use fewer resources efficiently. One of the best techniques for storing digital data is through cloud storage.

Whether the public should get access to the recordings – Depends on the nature of the case. You should only avail footage that will not result in violation of privacy and such. 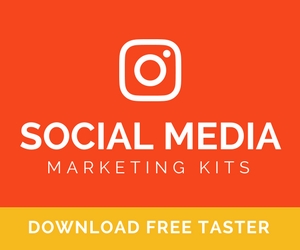